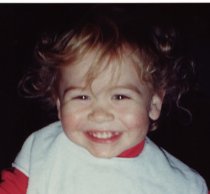 When he was very little my brother invented a joke. It went like this:

“What’s the difference between a hotdog and sausage?”

He could barely contain his own mirth as he proudly delivered the punchline, “You put a hotdog in a roll!”

Kids really do say the darndest things (is that an inside joke that only I get?), especially when they’re trying to wrap their heads around the notion of creating a joke. I always assume that genuinely funny people are also tremendously intelligent. It’s a complicated and sophisticated thought process that produces true wit. I swoon for a funny man in an instant, presuming he also will engage in mind-blowing rhetoric with me (and ideally cook well and indulge my love of stationary).

When kids, with their still unfinished brains whirring madly away, attempt to invent jokes, they come out like word Picassos; not quite what they’re meant to be, yet all the more fabulous for it.

My boyfriend came across this website, Bad Kid Jokes, where a joke site moderator lists the jokes that can’t be published on the actual joke site because “they’re offensive… or they don’t make sense.”

Here are some of the more nonsensical ones, all verbatim. My boyfriend laughs as hard at these as my brother did whenever he would tell his hotdog joke (plenty).

“What is pink and hangs up your pijamas?”

“What did the toilet say to the robot?’

Other Boy: “That’s a brick you stupid”

“What do you get when you cross a vampire, homework and brussel sprouts?”

“What’s the differents between a chicken and a hippo?”

Have you heard some golden kid jokes recently?

Filed under General, Just for Fun

Have your say Cancel reply